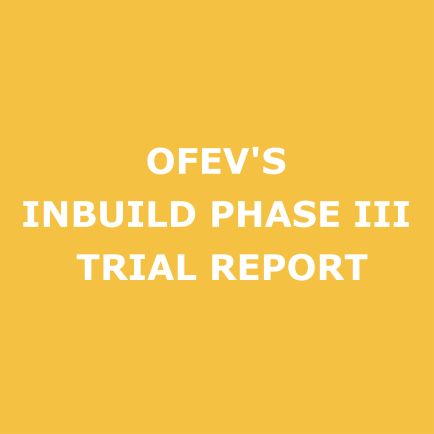 Patients with progressive fibrosing interstitial lung diseases (ILDs) who received nintedanib (Ofev®) treatment for one year had a slower decline in lung function than those who received placebo, reports a new phase 3 study.

The study, titled “Nintedanib in Progressive Fibrosing Interstitial Lung Diseases”, was published in the New England Journal of Medicine.

Many types of ILDs are progressive (worsen over time), with scar tissue continuing to build up in the lungs (fibrosing disease). When compared with healthy people over time, people with ILDs usually experience a decline in lung function, worsening of symptoms and quality of life, and a shorter life expectancy.

Nintedanib is an approved treatment for idiopathic pulmonary fibrosis (IPF, a common type of ILD). Nintedanib works to slow formation of scar tissue in the lungs. Previous studies, called INPULSIS-1 and INPULSIS-2, showed that treatment with 150 mg of nintedanib twice daily reduced the rate of decline in the forced vital capacity (FVC), a test of lung function, for patients with IPF.

The current study, called INBUILD, was designed to investigate the efficacy and safety of nintedanib in many different types of progressive fibrosing ILDs other than IPF.

A large team of researchers from 15 countries enrolled 663 patients in the INBUILD study. All patients were required to have fibrosing lung disease affecting more than 10% of lung volume as seen on high-resolution computed tomography (CT) scan. The patients were also required to have progressive disease over the 24 months before the study start. This could be demonstrated with a combination of decline in FVC, worsening of respiratory symptoms, or increased amounts of fibrosis as seen on high-resolution CT scan.

At the time of the study start, all patients had mild-to-moderate disease. Patients were excluded if they had severe disease or had been treated with azathioprine, cyclosporine, mycophenolate mofetil, tacrolimus, rituximab, cyclophosphamide, or oral glucocorticoids. The average age of the patients was about 66 years and the average percent predicted FVC was 69%.

Patients were randomly assigned to receive oral nintedanib at a dose of 150 mg twice daily (332 patients) or placebo (331 patients) for 52 weeks. The primary outcome was the rate of decline in FVC over the course of the study.

The investigators found that FVC was reduced by 80.8 mL per year in the nintedanib group and by 187.8 mL per year in the placebo group, a 57% difference. The extent of the difference between the groups was about the same when the investigators looked only at patients with the UIP-like fibrotic pattern or when they looked only at patients without that pattern.

First author Kevin R. Flaherty, M.D and colleagues wrote, “The patients who received nintedanib had a slower progression of interstitial lung disease than those who received placebo, as shown by a lower annual rate of decline in the FVC over the 52-week period, both in the overall trial population and in patients with a UIP-like fibrotic pattern on high-resolution CT.”

The findings from this study are consistent with those of the earlier studies of nintedanib in patients with IPF (INPULSIS-1 and INPULSIS-2). The inclusion criteria for the earlier studies in IPF patients were similar to those in this study, requiring patients to have mild-to-moderate disease. However, the INPULSIS studies did not require evidence of worsening fibrosis over the previous 24 months. The average age of the patients in the INPULSIS studies was about 67 years, which is similar to that in INBUILD (66 years), and the average percent predicted FVC at study start was about 80%, which is higher (less severe disease) than that seen in INBUILD (69%).

In an accompanying editorial to the INBUILD study, Hilary J. Goldberg, M.D., M.P.H. wrote, “Whether fibrosing interstitial lung disease should be approached as a distinct disease state or as a final common pathway for a heterogeneous array of parenchymal lung diseases with overlapping features remains to be determined…[the] apparent success in this trial suggests a final common pathway to fibrosis.”