Hypoxia and the Development and Progression of IPF 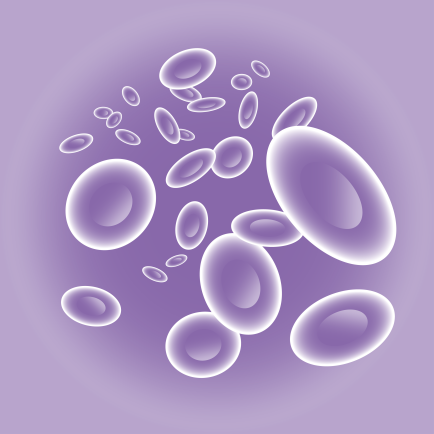 A new study reinforces that lack of tissue oxygenation, also known as hypoxia, is involved in the development and progression of idiopathic pulmonary fibrosis.

The findings of the study, “Dysregulated expression of hypoxia-inducible factors augments myofibroblasts differentiation in idiopathic pulmonary fibrosis,” were published in the journal Respiratory Research.

IPF is a chronic lung disease of unknown origin that leads to the formation of scar tissue in the lungs. The disease is characterized by lung tissue injury, followed by the abnormal growth of fibroblasts and myofibroblasts (connective tissue cells) that produce excessive amounts of proteins from the extracellular matrix (ECM, the network that surrounds and supports cells), resulting in tissue scarring (fibrosis) and loss of lung function.

“Several studies have demonstrated a direct link between hypoxia and the development of IPF, principally by the notion that hypoxia worsens by constant deposition of ECM and vice versa. However, the correlation between fibroblast foci formation and hypoxia signaling is not well described, and we can now provide additional insights into this process,” the investigators wrote.

The team, led by researchers from the Instituto Nacional de Enfermedades Respiratorias Ismael Cosío Villegas in Mexico, set out to explore the role of specific components of the hypoxia signaling cascade in the fibroblasts and myofibroblasts that are involved in tissue scarring.

To do so, the investigators analyzed the protein and RNA (the template for the production of a protein) levels, as well as the localization of some components of the hypoxia signaling cascade, including three different types of hypoxia-inducible factors — HIF-1α, HIF-2α, and HIF-3α — in lung tissue and fibroblasts obtained from IPF patients.

The team also examined the impact of these hypoxia signaling molecules in the differentiation of myofibroblasts, one of the hallmarks of IPF.

Of note, HIFs are transcription factors (proteins that control the activity of certain genes) whose activity increases substantially when there is lack of tissue oxygenation. HIF-1α and HIF-2α activate the hypoxia signaling cascade, while HIF-3α inhibits the activity of the pathway.

As expected, results showed myofibroblasts’ differentiation (assessed by the levels of the alpha-smooth muscle actin marker) increased in response to hypoxia, and was associated with an increase in the levels of HIF-1α and HIF-2α in IPF fibroblasts.

In addition, analyses showed the hypoxia signaling cascade was highly active in both lung tissue samples and fibroblasts isolated from IPF patients, which was reflected by a significant increase in the levels of HIF-1α and HIF-2α.

In contrast, the researchers found the levels of HIF-3α were lower in IPF fibroblasts than in healthy fibroblasts, possibly due to hypermethylation — a chemical modification in which a methyl group is added to the DNA sequence of a gene, thereby inactivating it.

HIF-3α “acts as negative feedback regulator of the activity of HIF-1α and HIF-2α. According to this, the increase in the differentiation [of myofibroblasts] could be as a result of significant lower levels of HIF-3α protein in IPF compare to [healthy] controls,” the investigators wrote.

Taken together, the data “reinforce the idea that hypoxia is a determining factor in the development and progression of fibrosis,” and that “HIF-3α expression [is] a potential negative regulator of these phenomena,” the team concluded.