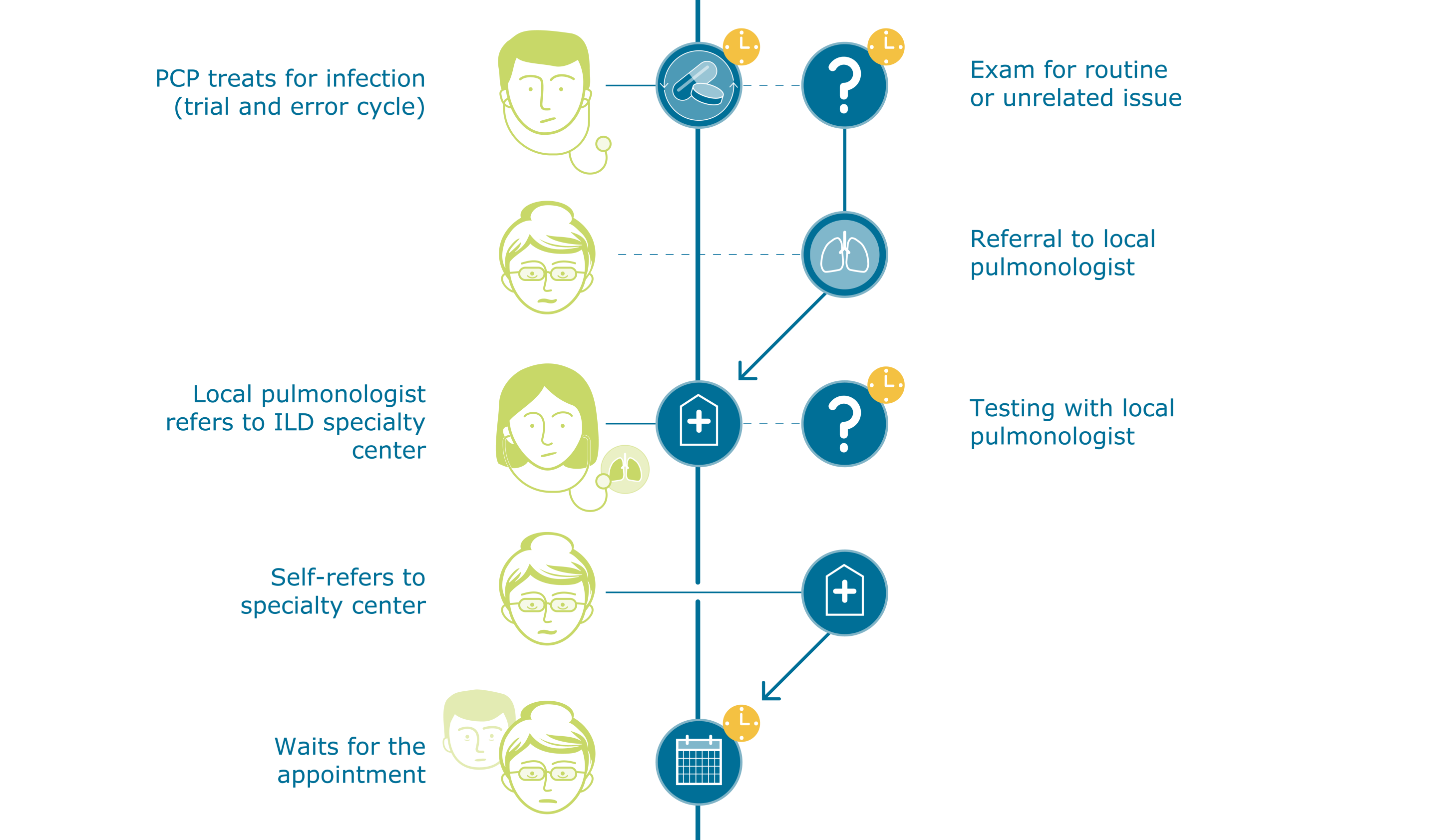 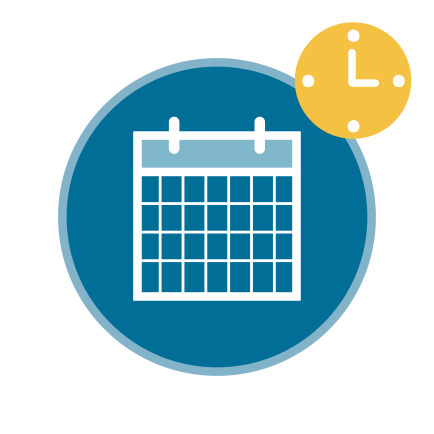 Many people with idiopathic pulmonary fibrosis (IPF) experience a long journey before they are correctly diagnosed. Right now, the average delay in the United States between the start of a person’s earliest symptoms of breathlessness and accurate diagnosis of IPF is a little over two years. However, an accurate diagnosis can take as long as four or five years.1

A survey study of 600 people with IPF found that1:

What Are the Risks of Delayed Diagnosis?

The longer the delay in correct diagnosis, the more risk that a person will die from complications of IPF in the five years after diagnosis.2,3 Early treatment is better for survival.

There are other risks as well. The long, difficult journey to a correct diagnosis takes a toll on people’s quality of life. In the survey study of 600 people with IPF, about 9 out of 10 (90%) said that the time and effort it took to get a correct diagnosis noticeably reduced the amount of time they could spend with family and friends. Nearly a third (28%) said they had to retire or take disability leave from their job. Emotional stress is very high during this journey as well. About 8 out of 10 people (80%) said they suffered difficult emotions to a noticeable extent.1

IPF is Difficult for Primary Care Doctors to Recognize

When a doctor sees a patient with cough and breathlessness, they will not think of IPF first, second, or third. In fact, they will likely not think of IPF at all.3 Most people who visit their primary care doctor because of cough and breathlessness have the flu, a sinus infection, pneumonia, bronchitis, or asthma. Primary care doctors see patients with these problems every day.

It is understandable that primary care doctors may try antibiotics, steroids, decongestants, or asthma medications for a patient with nagging dry cough and breathlessness. Unfortunately, these treatments are not effective for IPF. Trying different medications takes time, and these medications can cause side effects.

IPF is Difficult for Community Pulmonologists to Diagnose

Once a primary care doctor has determined that a patient is not improving with antibiotics, steroids, decongestants, or asthma medications, they will usually refer the patient to a community lung specialist (pulmonologist).

Because IPF is very rare, many community lung specialists may not have seen patients with the condition. They may not be very familiar with how to diagnose it or treat it.4 This was recently shown by study that looked at records from people with IPF who were enrolled in Medicare in 2012. Of these 5,154 Medicare beneficiaries, about one-third (35%) had their initial pulmonologist visit more than 3 years before diagnosis.5

The Best Outcome in IPF: Find a Tertiary Center

The best outcome for a person with IPF happens when they see a lung specialist (pulmonologist) who works in a tertiary center and who specializes in IPF. In the survey study of 600 people with IPF, over two-thirds (68%) said that seeing a specialist with expertise in IPF at a tertiary center was the most important thing they did to get a correct diagnosis.1

In a second survey study of 45 patients with IPF6, those who were treated in a tertiary care center were much happier with:

On the other hand, in that survey, people with IPF who were treated by community doctors were frustrated by too few follow-up visits (typically once per year), short visits (generally less than 10 minutes with the doctor), and not enough available treatment options. They often felt doctors did not know enough about IPF and did not care as much as they should about their struggles.

If you or a loved one has cough and breathlessness that do not go away after 3 months, or you cannot get a diagnosis after 3 months, it is important to see a lung specialist (pulmonologist) at a tertiary center. These specialists are familiar with IPF and its treatment. Because there is often a wait to see these pulmonologists, it is better to call to schedule an appointment sooner rather than later. Your primary care doctor may need to make this referral for you, if you have certain types of health insurance. However, many types of health insurance allow patients to make referrals to specialists themselves.