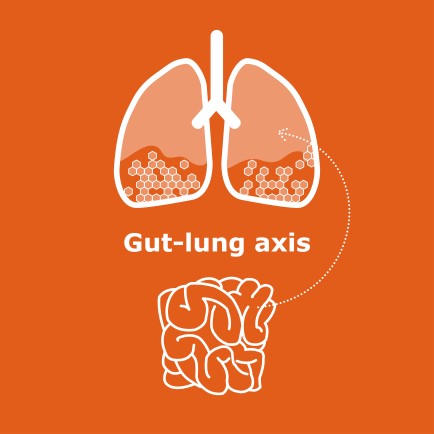 The study, “Increased Risk of Idiopathic Pulmonary Fibrosis in Inflammatory Bowel Disease: A Nationwide Study,” was published in the Journal of Gastroenterology and Hepatology.

IBD is a general term that encompasses several chronic inflammatory disorders of the digestive tract, the two main types of which are Crohn’s disease and ulcerative colitis.

Crohn’s is characterized by inflammation of the digestive tract lining, while ulcerative colitis causes long-lasting inflammation (ulcers) in the large intestine (colon) and rectum.

IBD can also cause problems in organs outside the digestive system, called extraintestinal manifestations. Some IBD patients with active disease develop conditions that affect the joints, eyes, or skin, while others experience a wide range of lung conditions including chronic bronchitis, pulmonary vasculitis, eosinophilic pneumonia, and IPF.

There have been case reports suggesting an association between IBD and IPF, but the relationship remains unclear. To date, large-scale population-based evidence to determine a link between these two conditions has not been evaluated.

A Korean research team to conducted a large retrospective study to evaluate the incidence and risk of IPF among people with IBD compared with the general population.

After almost five years of follow-up, 63 patients (0.16%) with IBD developed IPF compared with 119 patients (0.10%) without IBD who developed IPF, representing a 1.62 times increased risk of IPF in people with IBD.

In patients with ulcerative colitis, however, the increased risk was less pronounced and not statistically significant; 29.65 (incident) and 36.66 (prevalent) IPF cases compared with 26.54 in the control group.

An analysis of demographic subgroups revealed a significantly higher IPF risk among male Crohn’s patients, particularly those younger than 40 years old as well as those without comorbidities such as diabetes, hypertension, and dyslipidemia (abnormal amount of blood lipids).

In patients with ulcerative colitis, no statistical difference was found among these demographic subgroups except for males and those without comorbidities. In addition, those treated with steroids showed an increased risk for IPF, while those treated with the approved therapy mesalamine (sold under several brand names) had a lower risk of IPF.

“Patients with IBD, especially Crohn’s disease, had a significantly higher risk of IPF compared to the general population in this nationwide population based study,” the researchers wrote. “Patients with IBD should be aware of the potential risk for the development of IPF.”