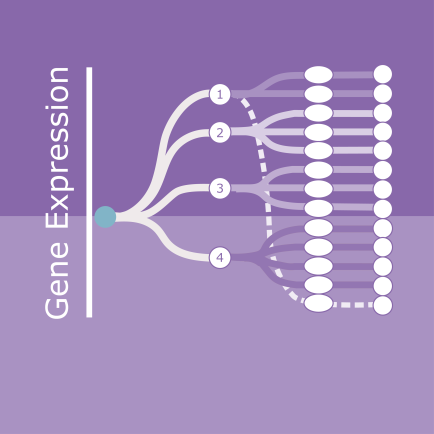 It is still not clear what molecular changes occur in IPF that change normal lung architecture to that seen in advanced idiopathic pulmonary fibrosis (IPF), information could be key to developing better treatments.

The first computational model of disease progression in the IPF lung details changes in gene activity that precede evident fibrosis.

The study “Transcriptional regulatory model of fibrosis progression in the human lung” was published in the Journal of Clinical Investigation Insight.

“My group has felt for years that to develop interventions for IPF that are more effective, we need to understand how the disease progresses in the human lung,” said senior study author Naftali Kaminski, M.D., chief of Pulmonary, Critical Care, and Sleep Medicine at Yale School of Medicine.

To understand which genes are important in IPF progression, researchers classified human lung samples according to their tissue architecture: controls, IPF with moderate fibrosis, and IPF with advanced fibrosis using both histology and high resolution imagiging techniques. The team also quantified the activity of genes (gene expression). With this analysis, researchers were able to identify a set of genes that changed before fibrosis was evident in tissue. Results suggest that normal tissue from IPF lungs were already showing abnormal genetic alterations, and that depending on the disease stage (moderate progressive or advanced fibrosis) genes were differently regulated.

“This is the first evidence that different stages of the disease may require different interventions,” Kaminski said.

In particular, a gene called POU2AF1 is involved in fibrosis according to the model and showed increased activity in immune cells, called B-lymphocytes, located in the IPF lungs. When the team deleted this gene in a mouse model of IPF (the bleomycin-induced mouse model), they observed that mice kept a normal lung structure and were protected from fibrotic development.

Moreover, this suggests that abnormal signaling pathways in IPF may be also common in other diseases, opening the possibility of success in IPF therapy development aiding other disorders.