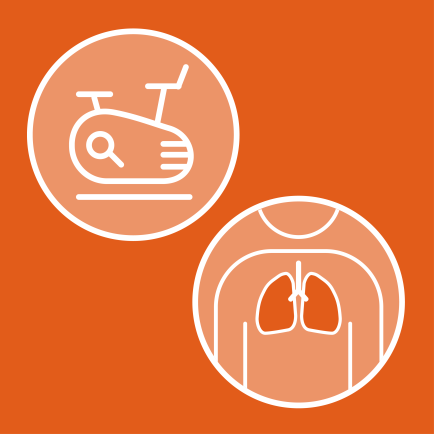 The findings of the study, “Pulmonary rehabilitation improves survival in patients with idiopathic pulmonary fibrosis undergoing lung transplantation,” were published in the journal Scientific Reports.

Idiopathic pulmonary fibrosis (IPF) is a chronic lung disease of unknown origin that leads to the formation of scar tissue in the lungs, making it hard for patients to breathe. During the course of the disease, many patients experience acute exacerbations that may lead to acute respiratory failure and death.

Because there is no cure for IPF, a lung transplant is often the best option to prolong a patients’ life, and improve their quality of life.

In the study, a group led by researchers from the Universidade Federal do Rio Grande do Sul, in Brazil, set out to assess whether a pulmonary rehabilitation program (PRP) — combining psychiatric and nutritional evaluations with physical therapy and social assistance — might have a positive impact on the survival of IPF patients after their lung transplants.

“PRP is an important tool to boost physical function prior to transplant and to accelerate the recovery after the procedure. Despite the proven benefits of exercise training for patients with ILD [interstitial lung disease], the role of PRP in survival after LTx [lung transplant] for patients with IPF remains unknown,” the researchers wrote.

The team reviewed the medical records of 89 IPF patients, who underwent unilateral lung transplants between 2007 and 2015 at a quaternary medical center. From these patients, 32 completed all 36 sessions of a PRP while waiting for their transplant (PRP group), and 53 completed fewer sessions (controls) — an average of 10 PRP sessions (range was 7–25 sessions).

The primary outcome of the study was to evaluate patient survival after lung transplant. Secondary outcomes included assessing whether patients required ventilation support after the procedure, and how long they had to remain in the intensive care unit (ICU) or at the hospital after their transplants.

Results showed that PRP reduced the risk of mortality following lung transplant by 54% among IPF patients who completed all program sessions.

Moreover, the investigators found that fewer patients (9.0%) who had completed all PRP sessions required ventilation support for more than 24 hours after the transplant, compared with those (41.6%) who did not complete all sessions of the program.

In addition, the team found that PRP shortened the time patients had to remain in the ICU (five days versus seven days for those who did not complete all sessions), and in the hospital (20 days versus 25 days) after the procedure.

The data also revealed that patients who completed all PRP sessions had a higher survival rate five years after the transplant — 89.9% vs. 60.9% for those who did not complete the program.

“In conclusion, completion of a PRP halved the risk of cumulative mortality in patients with IPF undergoing unilateral [lung transplant], after adjusting for prolonged time (more than 24 hours) on IMV [invasive mechanical ventilation],” the researchers wrote. Moreover, the PRP group had a reduced risk of prolonged invasive mechanical ventilation, time in the ICU, and total length of time in hospital.

According to the team, “further studies including other recipient diseases and donor variables should be performed in order to confirm PRP as an independent predictor of survival in all kinds of recipients.”