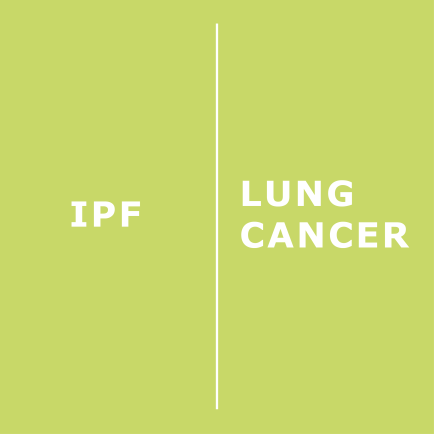 Men who are active smokers when diagnosed with idiopathic pulmonary fibrosis (IPF) and experience faster respiratory decline are at greater risk to develop lung cancer, according to a study.

Clinicians should be aware of this risk pattern in order to detect and treat lung cancer early in IPF patients, as it is often linked to a poorer prognosis.

The study, “Risk factors and clinical characteristics of lung cancer in idiopathic pulmonary fibrosis: a retrospective cohort study,” was published in the journal BMC Pulmonary Medicine.

It has been established that lung cancer occurs in people with IPF at a higher frequency than in those without it. But what makes an individual with IPF more or less likely to develop lung cancer remains unclear.

To fill this knowledge gap, Korean researchers analyzed the clinical records of 938 individuals who were diagnosed with IPF and followed at the Samsung Medical Center between 1998 and 2013. The patients were predominantly male (79.3%) and current (23.5%) or ex-smokers (49.3%). The average age at IPF diagnosis was 65.6 years, and patients were followed for a mean of 4.5 years.

During follow-up, there were 135 (14.5%) cases of lung cancer recorded among these IPF patients. The cumulative incidence of lung cancer increased over time, with 1.1% of patients having this secondary lung disease within the first year after IPF diagnosis, 8.7% within three years, 15.9% at five years, and 31.1% at 10 years.

Lung cancer patients were more likely to be male (94.8% vs. 76.7%) and to be active smokers (44.4% vs. 19.9%) when they were diagnosed with IPF compared to those who did not develop cancer. An annual decline in forced vital capacity (FVC, a measurement of lung function) of 10% or more was also associated with a greater likelihood of having lung cancer.

Researchers also noted that having lung cancer was associated with a shorter post-diagnosis survival time (median 3.4 vs. 9.8 years).

The most common types of lung cancer were squamous cell carcinoma (32.6%), followed by adenocarcinoma (28.1%) and small cell carcinoma (20.0%). Similar to what has been previously reported, the team found that having lung cancer was associated with a poorer IPF patient outcome, with a shorter post-diagnosis survival time compared to patients who did not have lung cancer (median 3.4 vs. 9.8 years).

“Lung cancer frequently developed in patients with IPF and was common in current-smoking men with rapid decline of FVC,” the researchers concluded.

The team was unable to examine the relationship between the use of anti-fibrotic agents, such as Esbriet (pirfenidone) or Ofev (nintedanib), and incidence of lung cancer, as most of the patients included in the study were diagnosed before these therapies became available. Further research is needed to validate this study’s findings and clarify the determined associations.