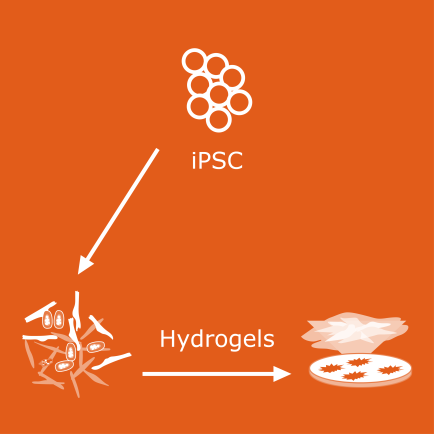 Progressive fibrosis occurs when the healing process gets out of control, which results in excessive production of scar tissue that can lead to organ failure. Fibrosis plays a role in diseases such as liver cirrhosis, idiopathic pulmonary fibrosis, scleroderma, and heart failure. Currently, no approved treatments can stop or reverse progressive fibrosis. One of the main roadblocks to developing effective therapies is the lack of an experimental model that replicates the condition and that can test the effects of therapeutic candidates.

Researchers at the University of California, Los Angeles (UCLA), used induced pluripotent stem cells (iPSCs) — cells extracted from adults and reprogramed in the lab to behave like stem cells — to develop a “scar dish” model that mimics the process of progressive scarring observed in different organs.

Previous lab models of fibrosis used a single cell type. However, “fibrosis likely occurs as the result of interactions between multiple different cell types, so we did not think it made sense to use just one cell type to generate a scarring model,” Preethi Vijayaraj, first author of the study and assistant adjunct professor at the David Geffen School of Medicine at UCLA, said in a news story.

Instead, the team seeded iPSCs into a hydrogel, and let the cells differentiate as they naturally would in the body. The resulting mixture contained mesenchymal, epithelial, and immune cells, all of which play a role in fibrosis progression.

Additionally, the cells maintained some plasticity, meaning that they could change to other cell types. Plasticity plays an important role in fibrosis, and this is the first model that has been able to recreate this feature, according to the team.

Once the cells had differentiated, the researchers put them in a more rigid hydrogel to recreate the physical changes that occur in an organ during injury and scarring. In response, the cells produced signals of injury and inflammation, thus mimicking the process of progressive fibrosis.

Previous models applied fibrosis-triggering molecules to the cell medium, which induced fibrosis, but the cells tended to heal afterward. This does not happen in the new model because the cells produce the signals themselves. This allowed the team to assess the effect of different therapeutic candidates on scar tissue that was not actively engaged in healing itself.

The researchers tested more than 17,000 small molecules, and identified a molecule that stopped progressive scarring and even healed the damage caused by fibrotic tissue.

“Here, we report an in vitro human model that recapitulates the common inflammation-driven progressive fibrosis seen across organs,” the researchers wrote. “This model of progressive fibrosis is amenable to drug screening, and allowed us to identify a compound with promising anti-fibrotic potential.”

Brigitte Gomperts, principal investigator of the study and professor at the Geffen School of Medicine, added: “This drug candidate seems to be able to stop and reverse progressive scarring in a dish by actually breaking down the scar tissue. We tested it in animal models of fibrosis of the lungs and eyes, and found that it has promise to treat both of those diseases.”

The team now plans to further investigate the mechanisms by which the candidate molecule disrupts fibrosis, and if it can be used to treat humans.