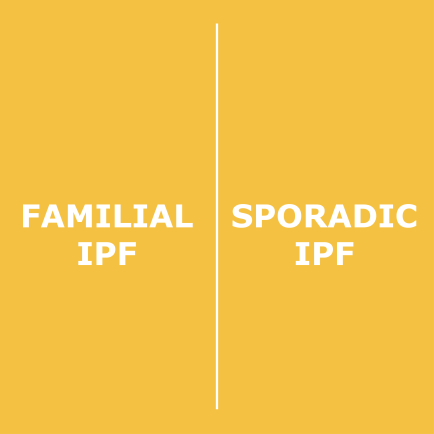 As the name idiopathic pulmonary fibrosis (IPF) suggests, it is not exactly clear what causes the disease. The disease can run in families, indicating the role of genetics. But environmental factors, such as smoking and exposure to polluted air, probably play a role, too.

But are there differences in how IPF shows itself in people with or without a family history of the disease? That is the question researchers sought to answer in the study “Clinical characteristics of patients with familial idiopathic pulmonary fibrosis (f-IPF)”, recently published in the journal BMC Pulmonary Medicine.

The team identified 28 affected people with familial IPF (f-IPF) through the European IPF registry/biobank (eurIPFreg) (NCT02951416),. These patients were compared with 147 people who had sporadic IPF (s-IPF), that is, IPF that developed in the absence of a family history."a"

Both patient groups were similar in terms of sex, smoking history, and exposure to environmental triggers associated with lung fibrosis.

Individuals with f-IPF were significantly younger (55.4 years) at disease onset than those with s-IPF (63.2 years). People with f-IPF also tended to be younger when they died — average of 67 years vs. 71.8 years in the s-IPF group — but this difference was not statistically significant.

In terms of symptoms, both groups predominantly experienced dyspnea (shortness of breath), but people in the f-IPF group were significantly more likely to experience a persistent, dry cough, without phlegm compared to the s-IPF group (58% vs. 11%).

Researchers also constructed pedigrees (charts showing the presence or absence of a trait within a family across generations) for f-IPF cases and their relatives.

This pedigree analysis revealed that IPF tended to follow an autosomal dominant inheritance pattern with variable penetrance. This means that only one copy of a disease-causing gene was necessary to pass along the trait (that gene being “dominant” to the other), and both sexes were effected similarly (“autosomal”).

In genetics, “penetrance” refers to how genetic changes affect actual traits. If a trait is fully penetrant, then everyone with a particular gene will have the same condition; however, in variable penetrance — as IPF appears to be — there is variability, and genetics alone do not tell the full story.

A second finding from the pedigree analysis is anticipation. “In genetics,” the researchers explained, “anticipation is a phenomenon whereby a genetic disorder is passed on to the next generation, but the symptoms of the disease become apparent at an earlier age with each age group.”

This suggests that people with familial histories of IPF, especially younger people, may benefit the most from screening for the disease.

“The 28 f-IPF index patients summarized here shown an earlier onset and more aggressive natural course of the disease as compared to s-IPF,” the researchers concluded.

“The disease seems to affect the consecutive generations at a younger age. Therefore, if f-IPF suspected, a thorough clinical screening of family members should be offered,” they recommended.