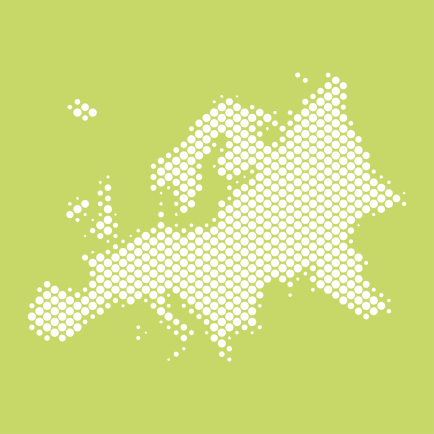 A new survey conducted by the European Idiopathic Pulmonary Fibrosis and Related Disorders Federation, and the European Reference Network on Rare Lung Diseases, reports delays in the diagnosis pulmonary fibrosis and difficulty getting timely access to appropriate specialist care and treatment.

The survey results were discussed in the journal ERJ Open Research in a study, titled “Gaps in care of patients living with pulmonary fibrosis: a joint patient and expert statement on the results of a Europe-wide survey.”

A panel of patients and medical experts developed two surveys — one for patients, and one for healthcare providers — which were distributed online. The results of these surveys were supplemented with a review of the published scientific literature.

The patient survey was completed by 286 people (226 patients and 60 caregivers) from 14 European countries. Of the patients, the majority (70%) were male and had idiopathic pulmonary fibrosis (IPF), and the average age was 66 years.

The healthcare provider survey was completed by 69 people (56 physicians and 13 specialist nurses), most of whom (87%) specialized in caring for people with lung disease.

Among the results from the surveys, delays in referral to a specialist were common. A fifth of patients said that getting such a referral was “very difficult,” and a similar number reported waiting more than a year for a referral.

Additionally, more than a third of patients (37%) reported having been misdiagnosed at least once, and half of these said it took more than a year to get a proper diagnosis.

Most respondents with IPF (82%) were being treated with one of the two approved anti-fibrotic medications — Ofev (nintedanib, marketed by Boehringer Ingelheim) or Esbriet (pirfenidone, marketed by Genentech) — and nearly all healthcare providers said they were able to prescribe these medications.

However, about a quarter of patients (26%) said that getting these medications took longer than six months, which, according to the responses from healthcare providers, was mainly attributable to restrictions on reimbursement.

Such restrictions were also an issue for non-pharmacological treatments, such as oxygen therapy and pulmonary rehabilitation, which about a third of respondents reported as not fully covered.

Problems in education and communication between patients and healthcare providers were also highlighted as an issue, with a fifth of patients saying that they did not receive any additional information when they were diagnosed.

“Many patients answered that they would like to have more time allocated for their questions and concerns, and receive more information about PF/IPF, including practical issues such as reimbursement,” the researchers wrote.

Based on the findings, the team suggested five broad recommendations to improve care for people with pulmonary fibrosis. First, they recommended increasing awareness and education about the condition, particularly among general practitioners, as a way to help minimize diagnostic delays.

Second, they suggested making it easier for patients to access lung disease specialists, including earlier referral to specialty centers, and access to multidisciplinary teams and nurses.

Third, they suggested a need for fewer restrictions on (anti-fibrotic) medications, particularly when it comes to reimbursement.

Fourth, they recommended a greater focus on symptom-centered disease management, including access to non-pharmacological treatments such as oxygen and rehabilitation, as well as general psychological support and palliative care.

Finally, they encouraged more open communication between healthcare providers and patients, so that patients can better understand their own condition, and be more actively involved in designing their treatment plans.

“This survey and literature search offers important insights into the current unmet needs of PF/IPF patients in Europe and should be considered for healthcare decisions,” the researchers said.

“Recommendations set out in this statement could provide a useful tool for [healthcare professionals] and policy makers to improve the patient journey and overall care of these rare diseases,” the team added.