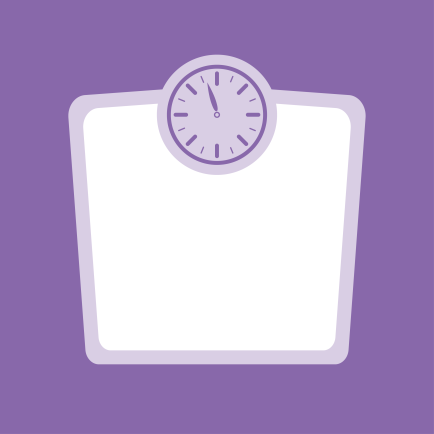 The treatment of idiopathic pulmonary fibrosis (IPF) has been revolutionized by the discovery and implementation of antifibrotic therapies (medications that reduce tissue scarring), such as Genentech’s Esbriet (pirfenidone), and Boehringer Ingelheim’s Ofev.

“Both the ASCEND [NCT01366209] and the INPULSIS [NCT01335464; NCT01335477] trials demonstrated that nausea and diarrhea are common  during treatment with pirfenidone and nintedanib, respectively, affecting 30–63% of the participants. These side effects may interfere with nutrient intake and absorption, and thus can result in weight loss, an effect that can be particularly concerning in such a frail population,” the investigators wrote.

Furthermore, “in our practice, we have observed a number of patients with striking weight loss despite minimal or no gastrointestinal side-effects,” the researchers said.

Based on this observation, investigators from the Cleveland Clinic Foundation carried out a study to evaluate body weight changes in IPF patients who were tolerant to antifibrotic therapies to look for factors that might influence weight loss.

The study involved 80 IPF patients who had been treated with antifibrotic agents — 44 with Esbriet, and 36 with Ofev — for at least one year, with no therapy interruptions and no signs of treatment intolerance. All patients were followed at the Cleveland Clinic, a quaternary (fourth-level) referral center.

Data on patients’ demographics, comorbidities, lung function tests, and body mass index (BMI) were pulled from the participants’ medical records at baseline, and at six and 12 months after beginning treatment.

Study participants were mostly older Caucasian males, who were former smokers. At baseline, most patients were either overweight or obese, with a median BMI of 31.1 kg/m2. (Of note, a person is considered obese with a BMI higher than 30.0 kg/m2, and overweight with a BMI between 25.0 kg/m2 and 30.0 kg/m2.)

Further statistical analyses confirmed that Ofev treatment and a high score in the composite physiologic index (CPI, a measure of disease severity and progression based on computed tomography (CT) scans) were both predictors of weight loss in IPF patients.

Moreover, subgroup analyses also found that females, patients with a BMI lower than 30.0 kg/m2, and those who were at more advanced stages of IPF tended to lose more weight if they had been treated with Ofev compared to Esbriet.

Overall, based on the results, the team concluded that “weight loss is common among IPF patients on antifibrotic therapy, especially among those on nintedanib [Ofev] therapy or with more advanced disease.”

According to the researchers, “a larger patient population and a prospective study design would have allowed for a more in-depth assessment of factors associated with weight loss. However, our results can be the basis for further research to identify the extent and severity of metabolic alterations associated with antifibrotic use,” they added.